"We were responsible for one of the weirdest mysteries in American pop culture," admits Frankie, the protagonist and narrator of Sewanee, Tennessee, author Kevin Wilson's latest novel, "Now Is Not the Time To Panic."

In the summer of 1996, 16-year-old Frankie meets Zeke, who is new to their small town of Coalfield, Tennessee. The two misfits bond over their dysfunctional dads, both of whom have abandoned their families, and their mutual creativity. Frankie is a writer, working on her first novel -- a dark twist on the Nancy Drew books she loves. Zeke illustrates comic books and has big ambitions: "'I want to be an artist,'" he told me, like we were both admitting that we weren't human."

Soon Frankie and Zeke decide to collaborate on a poster. Much to her surprise, Frankie comes up with the words almost immediately: The edge is a shantytown filled with gold seekers. We are fugitives, and the law is skinny with hunger for us. "There was this little voice in my head," she explains, "and it was telling me what to write down. And I knew that this little voice, this tiny, insistent voice, was not God and it wasn't some muse and it wasn't anyone in the world except for me."

Zeke provides a suitably edgy illustration. And they top it all off with a sprinkling of their own blood -- but no signatures. Frankie has access to a copier, so they make hundreds of copies with which they proceed to blanket every conceivable surface of their town, all while making sure no one is looking. 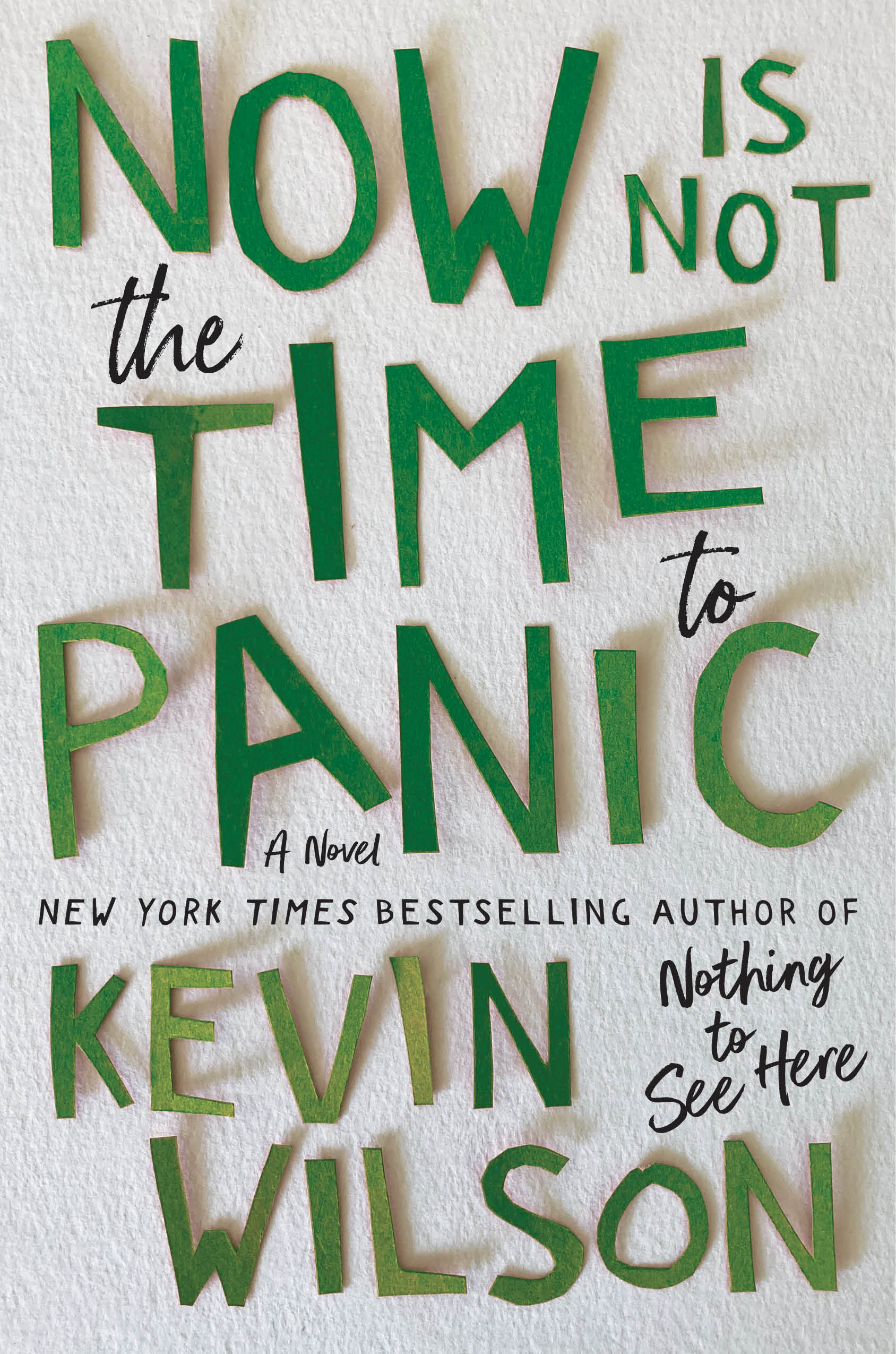 Ecco / "Now Is Not the Time To Panic"

It isn't long before their impromptu art installation is the talk of the town, but things take an ugly turn when rumors begin to spread of the "satanic-drug-sex cult" behind the posters. Soon there are armed vigilantes patrolling the streets, and when violence inevitably erupts, the chaos in Coalfield attracts national attention. The rest is history, specifically the Coalfield Panic of 1996, a phenomenon that inspires clothing lines, TV programs, musical artists, award-winning journalism and much more. In other words, it goes "viral" before the word even exists as a cultural concept. Yet Frankie and Zeke remain anonymous. Frankie laments, "I had wanted people to care, to notice, but I hadn't wanted them to put their own hands all over it, to try to claim it. But how do you stop something like that?"

As readers of his previous novels and short stories can attest, the mind of Kevin Wilson is a very interesting place to visit. "Now Is Not the Time To Panic" is primarily a story about the power of art and the tendency toward obsession. "We'd created meaning where there was none," Frankie says, "but, I don't know, isn't that art? Or at least I think it's the kind of art that I like, where the obsession of one person envelops other people, transforms them."

Wilson contrasts the purity and magic of making something new with the double-edged sword that is notoriety -- the way the creation takes on a life of its own in the world, regardless of its creators and their intentions. At the end of their fateful summer, Frankie and Zeke are parted, but each goes on to live in fear that their authorship will be discovered and their own lives transformed in ways they do not relish.

The advance copies of "Now Is Not the Time To Panic" included a note from Wilson on the origin of Frankie's provocative lines for the poster, which were given to him by a friend after his freshman year at Vanderbilt University. He writes, "In some ways, writing the book offered the chance to remember the summers of adolescence, when you feel trapped in your own body but vibrating with the possibility of what you might become."

Frankie understands that feeling. Despite the unanticipated consequences of the poster's fame, she admits, "And if I start to lose a sense of myself, if I start to drift outside my life, I take the original poster and I make a copy ... and I go somewhere, anywhere in the entire world, and I hang it up. And I know, in that moment, that my life is real, because there's a line from this moment all the way back to that summer, when I was 16, when the whole world opened up and I walked through it."

The Southern Lit Alliance will host best-selling author Kevin Wilson for its Club Lit fundraiser at 6 p.m. Thursday, Nov. 17, at Chattanooga Whiskey Event Hall, 890 Riverfront Parkway. He'll discuss and sign copies of his latest novel, "This Is Not the Time To Panic." The evening also will include recognition of SoLit's Local Distinguished Author Award. Live music, a silent auction, specialty drinks and hors d'oeuvres are included in the ticket price of $75 per person, $600 for a table of eight. Purchase at solitchatt.org/clublit2022.