Paul Goldschmidt's steady production for the St. Louis Cardinals made him the clear choice in the National League.

And after coming in second before, both prodigious sluggers powered their way to their first MVP awards Thursday.

"It's tough to put in words," the 30-year-old Judge said on MLB Network, surrounded by his beaming wife, parents and agents. "It's an incredible, incredible moment. A lot of hard work throughout the years to get to this point."

After hitting 62 home runs to break the AL single-season record, Judge easily beat out Los Angeles Angels pitching and hitting phenom Shohei Ohtani in an MVP race some thought might be close.

The 6-foot-7 outfielder received 28 of 30 first-place votes and two seconds for 410 points from a Baseball Writers' Association of America panel. Ohtani, last year's winner, was picked first on two ballots and second on the other 28 for 280 points.

Judge acknowledged feeling "extremely nervous" about the announcement, calling Ohtani "by far one of the best players on this planet."

"You never want to assume anything," Judge said. "Both those guys had incredible years."

Goldschmidt won the NL honor for the first time after a couple of close calls earlier in his career. The 35-year-old first baseman garnered 22 of 30 first-place votes and eight seconds for 380 points from a separate BBWAA panel.

"It's a great honor. But it isn't just about me," Goldschmidt said. "I mean, there's been so many people that have helped me." 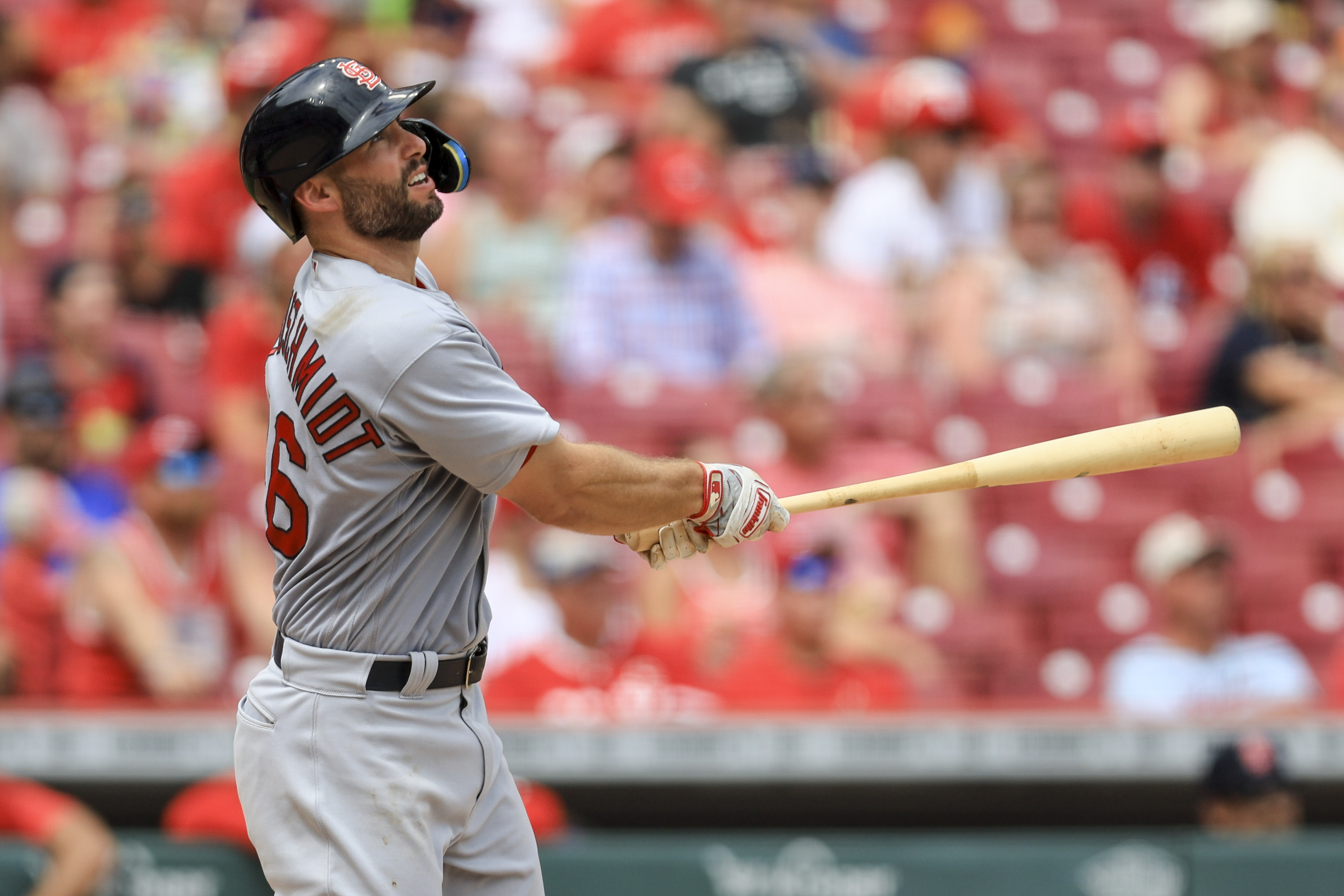 Nolan Arenado, teammates with Goldschmidt as the Cardinals won the NL Central Division title, came in third with 232 points. Arenado was picked first on one ballot, second on two and third on 15.

Goldschmidt gave the Cardinals their 18th MVP, second among MLB teams to the Yankees (21).

Ohtani put together perhaps the greatest two-way season in baseball history for the Angels, who went 73-89 and finished third in the AL West behind the Astros and the wild-card Seattle Mariners.

Alvarez, the Houston slugger who launched a go-ahead homer in the clinching game of the World Series, hit .306 with 37 home runs, 97 RBIs and a 1.019 OPS.

Judge was voted the AL's top rookie in 2017, when he finished a distant second in MVP balloting to Houston second baseman Jose Altuve.

"I think definitely as you age, you have to adapt, and that's some of what I've tried to do. I've tried to get ahead of it," Goldschmidt said. "You can't just try to do the same thing you did the year before. But yeah, kind of the stigma that as you get older, you're going to keep getting worse — I mean, nobody likes that. They don't like being told you can't do something, so it's definitely motivation."

The seven-time All-Star and four-time Gold Glove winner was runner-up for NL MVP in 2013 and 2015, then finished third in 2017 — all with the Arizona Diamondbacks. He came in sixth last year with the Cardinals.

"I never felt like I was missing something," Goldschmidt said. "I felt like I had some great years throughout my career, and some other guys in those individual years had played better than me and won the MVP."

Arenado hit .293 with 30 homers and 103 RBIs, sparkling on defense at third base again to earn a 10th consecutive Gold Glove to begin his career. He had 42 doubles and an .891 OPS.

Powered by Goldschmidt, Arenado and a resurgent Albert Pujols in his farewell season, the Cardinals went 93-69 and won their second division title four years. They were swept at home in the wild-card round by the Philadelphia Phillies, who went on to win the NL pennant.

Balloting was conducted before the postseason.

"Whether I won this or not, it was going to be a great year," Goldschmidt said. "This was my best year and the most fun I had, playing with Nolan and Albert and so many guys we had. So it was just incredible."

Goldschmidt gets a $1.5 million bonus in his contract for winning the MVP award, while Arenado earns $50,000 for coming in third. Alvarez nets $75,000 for his third-place finish.