WASHINGTON (AP) — The Interior Department on Monday proposed rules to limit methane leaks from oil and gas drilling on public lands, the latest action by the Biden administration to crack down on emissions of methane, a potent greenhouse gas that contributes significantly to global warming.

The proposal by Interior's Bureau of Land Management would tighten limits on gas flaring on federal land and require energy companies to better detect methane leaks that add to planet-warming greenhouse gas pollution.

The actions follow a more comprehensive methane-reduction plan announced by President Joe Biden earlier this month. The Nov. 11 proposal, announced as Biden attended a global climate conference in Egypt, targets the oil and gas industry for its role in global warming even as the president has pressed energy producers for more oil drilling to lower prices at the gasoline pump.

Oil and gas production is the nation’s largest industrial source of methane, the primary component of natural gas, and is a key target for the Biden administration as it seeks to combat climate change.

The proposal announced Monday would prevent billions of cubic feet of natural gas from being wasted through venting, flaring and leaks, boosting efficiency while at the same time reducing pollution, administration officials said.

“This proposed rule will bring our regulations in line with technological advances that industry has made in the decades since the BLM’s rules were first put in place, while providing a fair return to taxpayers,” Interior Secretary Deb Haaland said in a statement. 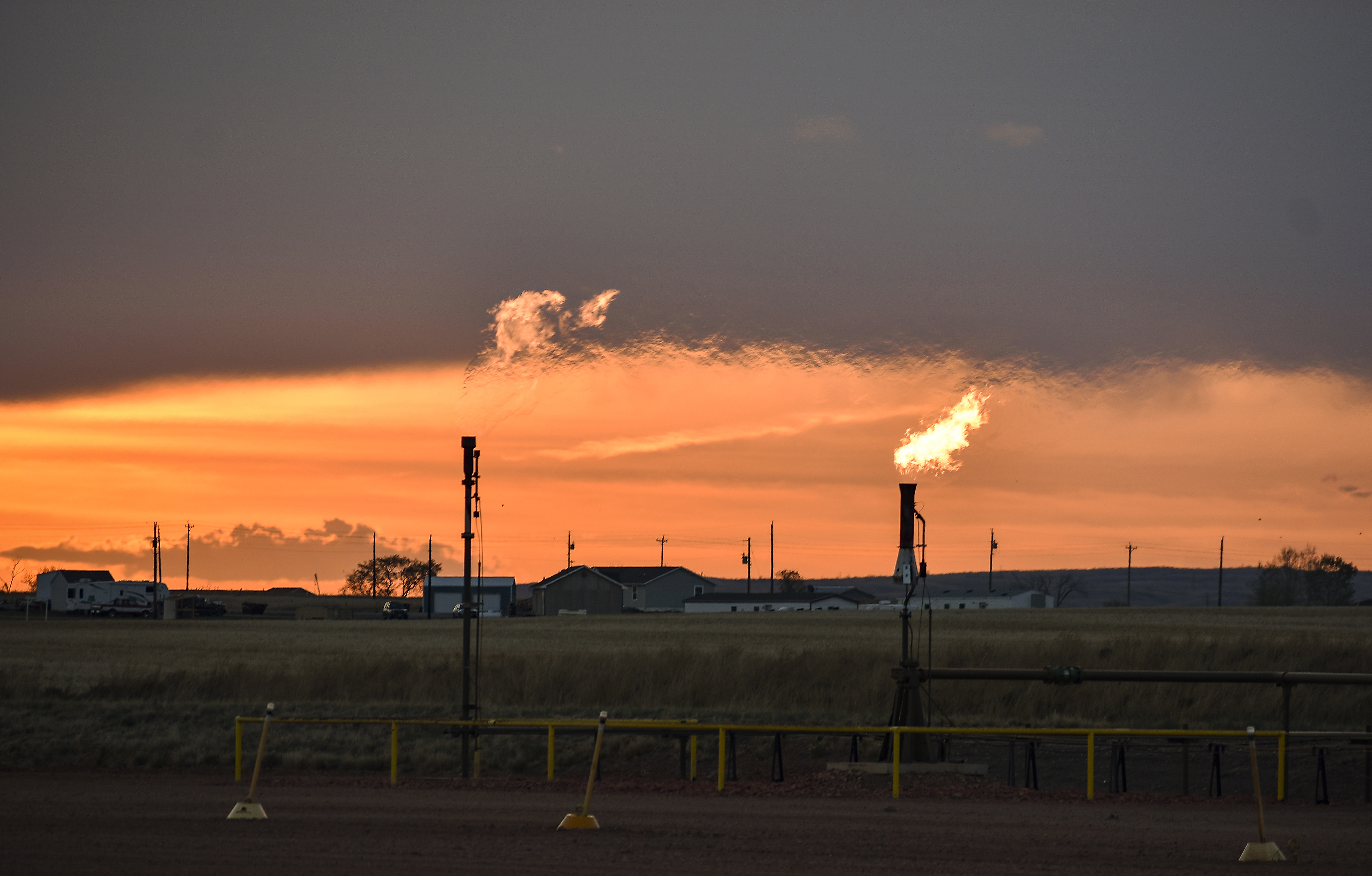 FILE - Flares burn natural gas from oil production in the Fort Berthold Indian Reservation east of New Town, North Dakota, May 18, 2021. The Interior Department on Monday, Nov. 28, 2022, proposed rules to limit methane leaks from oil and gas drilling on public lands, the latest action by the Biden administration to crack down on emissions of methane, a potent greenhouse gas that contributes significantly to global warming. (AP Photo/Matthew Brown, File)

Interior had previously announced a rule to restrict methane emissions under former President Barack Obama. The plan was challenged in court and later weakened under former President Donald Trump. Competing court rulings blocked enforcement of the Trump and Obama-era rules, leading the agency to revert to rules developed more than 40 years ago.

Jon Goldstein, an oil and gas expert at the Environmental Defense Fund, said new standards are needed to “end the waste of taxpayer-owned energy resources that has become far too routine on federal and tribal lands across the U.S.″

He called BLM’s proposal “an important first step, consistent with its long-standing authority to minimize waste.″

The rule would impose monthly limits on flaring and charge fees for flaring that exceeds those limits.

Some conservation groups faulted the rule, saying it does not do enough to eliminate gas flaring. “BLM must go further to implement strong action to reduce methane waste and avoid creating what amounts to little more than a pay-to-pollute system,'' said Anne Hedges of the Montana Environmental Information Center.

"The climate crisis requires immediate and strong action to reduce emissions, especially when there are technologies available today to minimize methane emissions at the well,'' she said.

The Environmental Protection Agency rule announced in Egypt targets emissions from existing oil and gas wells nationwide, including smaller drilling sites that now will be required to find and plug methane leaks.

The rule comes as Biden has accused oil companies of “war profiteering” and raised the possibility of imposing a windfall tax on energy companies if they don’t boost domestic production.

Besides the EPA rule, a sprawling climate and health law approved by Congress in August would impose a fee on energy producers that exceed a certain level of methane emissions. The fee, set to rise to $1,500 per metric ton of methane, marks the first time the federal government has directly imposed a fee, or tax, on greenhouse gas emissions.

The law includes $1.5 billon in grants and other spending to improve monitoring and data collection of methane emissions, with the goal of finding and repairing natural gas leaks.

The BLM will accept comments on the proposed rule through early February, with a final rule expected next year. 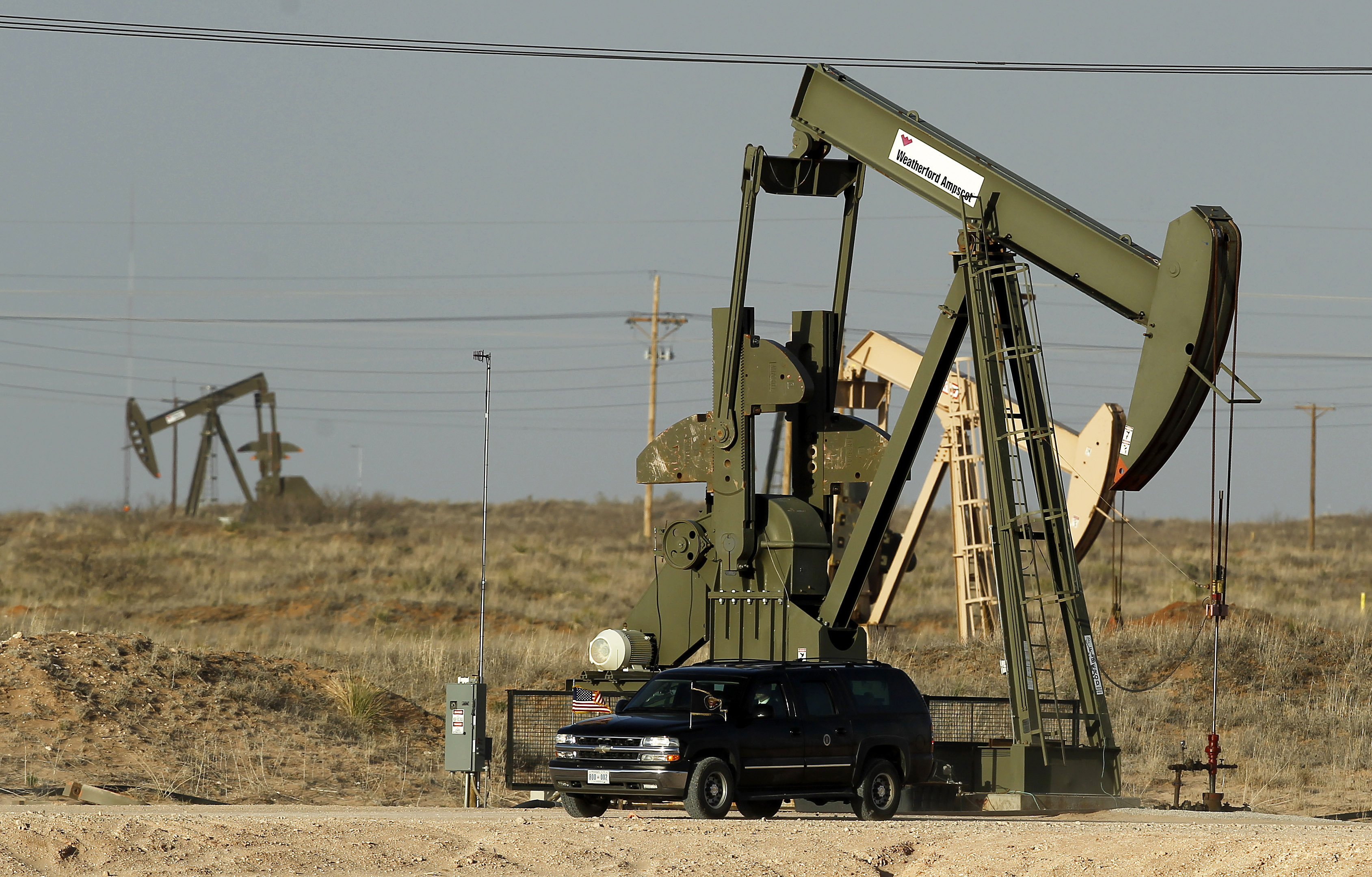 FILE - With oil pump jacks as a backdrop, President Barack Obama arrives in an SUV to speak at an oil and gas field on federal lands March 21, 2012, in Maljamar, N.M. The Interior Department on Monday, Nov. 28, 2022, proposed rules to limit methane leaks from oil and gas drilling on public lands, the latest action by the Biden administration to crack down on emissions of methane, a potent greenhouse gas that contributes significantly to global warming. (AP Photo/Ross D. Franklin, File)
Advertisement
Advertisement