The Tennessee landscape will be bursting with bright red, amber and yellow leaves this month. Fall leaves will be at their peak in this corner of the world around Oct. 25, according to SmokyMountains.com.

What better way to spend a crisp autumn day than zigzagging through the area's hills and valleys and soaking in nature's show? Here are five nearby drives to get you started. 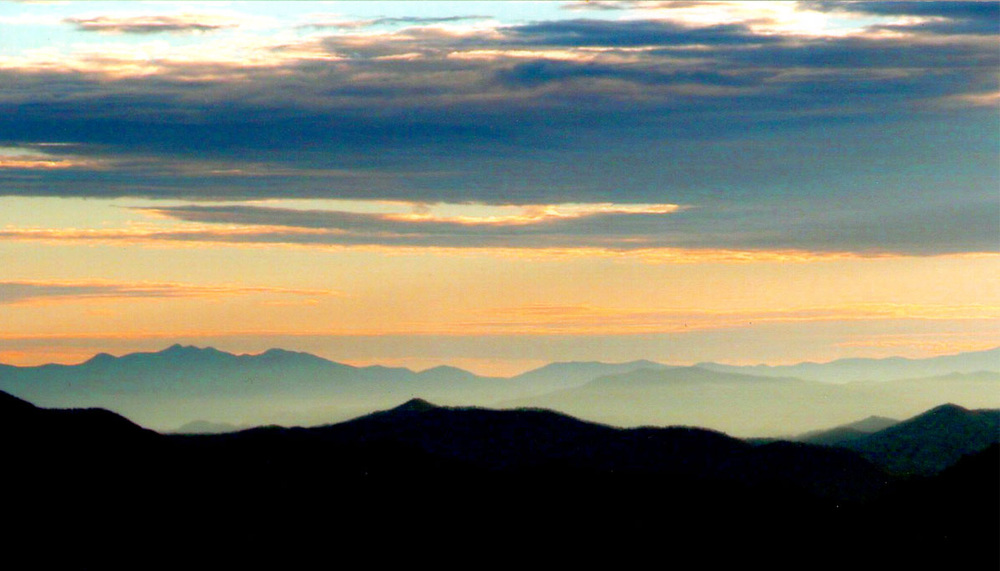 The 43-mile Cherohala route is named for the two national forests through which it twists -- the Cherokee and Nantahala. Overlooks along the way offer expansive views of the Tennessee Valley. You'll find "some of the best mountain scenery in the world," the forest service promises.

Watch for heavy traffic in the fall. If you need a break, stop in Tellico Plains, a charming town nestled in the foothills of the Smoky Mountains.

The Charles Hall Museum in Tellico Plains has a mission of preserving regional and Appalachian history. The museum's website states it has "magnificent collections of historical memorabilia, artifacts, equipment, guns, antique telephones, coins and currency, photos and so much more." 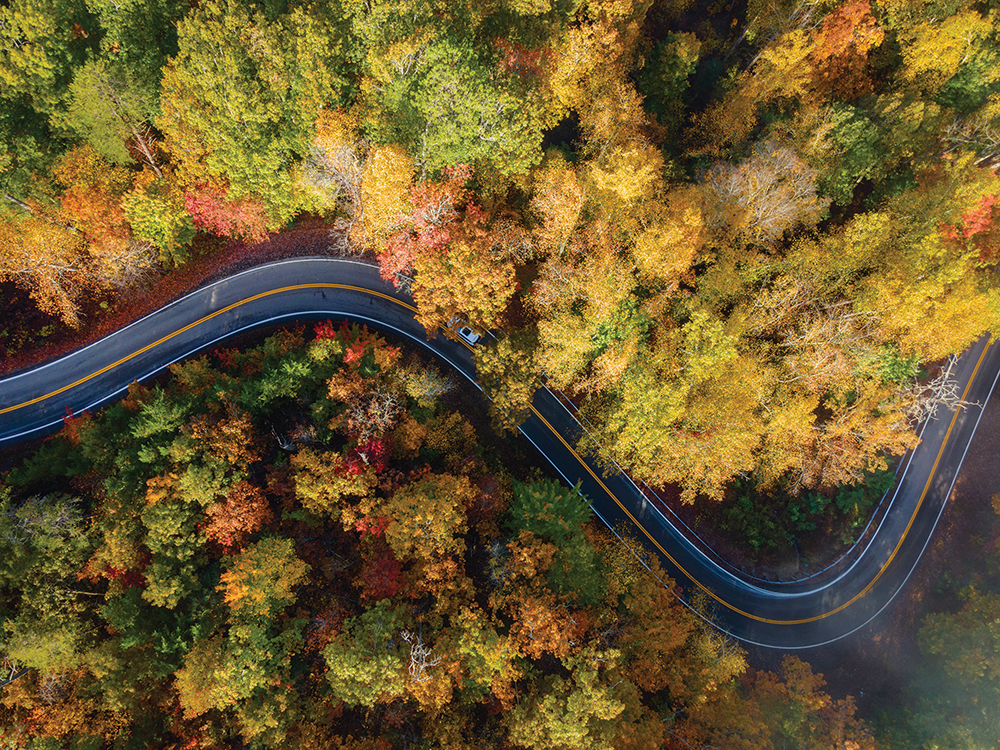 Getty Images / Aerial View of the Tail of the Dragon road near the Tennessee and North Carolina border in the Smoky Mountains.

Tail of the Dragon

Reader's Digest describes this route as a "serpentine stretch of Southern highway that boasts a whopping 318 curves in just 11 miles" and suggests drivers keep their eye keenly on the road.

The Tail of the Dragon follows U.S. Highway 129 from Tennessee's Chilhowee Lake near Great Smoky Mountains National Park to Deals Gap, just across the border in North Carolina.

There's plenty to see and do near the route. Stop at 225-foot-tall Cheoah Dam or even taller Fontana Dam, which stands 480 feet high and is the tallest dam east of the Rocky Mountains. The Appalachian Trail crosses the dam if you're up for a hike.

Joyce Kilmer Memorial Forest in Robbinsville, about 16 miles from the Dragon, is worth a visit.

It's "one of the nation's most impressive remnants of old-growth forest," the forest service states, and it contains more than 100 tree species, many over 400 years old and some more than 20 feet in circumference and 100 feet tall.

The 3,800-acre forest was preserved in 1936 to honor Joyce Kilmer, author of the poem, "Trees." He was killed in action in France during World War I.

Grab a bite: Tapoco Tavern, on the banks of the Cheoah River, serves pizza made in a wood stone oven as well as steaks, burgers, salads and local Carolina mountain trout. 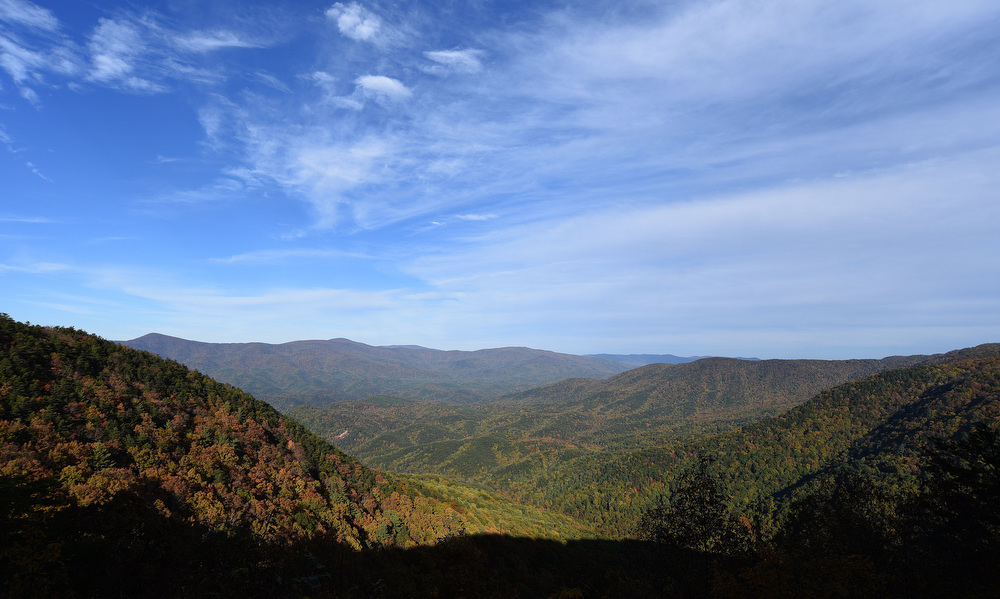 Beginning at Prater's Mill in Whitfield County, Georgia, this byway winds through farmland and the Chattahoochee National Forest before climbing Fort Mountain in Murray County. After that, head into the mountain town of Ellijay.

Along the way, there's history and hiking:

Prater's Mill, in Whitfield County, Georgia, is a preserved 1855 mill powered from water in Coahulla Creek. For almost a century, farmers lined up their mules and wagons before dawn, waiting for their turn with the millers, according to the Prater's Mill Historic Site. The Prater's Mill Fair is Oct. 8 and 9, and the site is now popular for fishing, picnicking and walking trails.

Fort Mountain State Park offers trails for hikers, mountain bikers and horseback riders, an ancient mysterious stone wall (who built it is the subject of debate and legend), a historic fire lookout tower and overlooks with panoramic views of the Cohutta Wilderness.

Fall is the perfect time to visit Ellijay in Gilmer County, Georgia, the so-called Georgia Apple Capital. There are plenty of apple sellers and Gilmer County hosts the Georgia Apple Festival on two consecutive weekends: Oct. 8-9 and Oct. 15-16.

Grab a bite: The Roof is a rooftop dining spot in downtown Ellijay with views of the North Georgia mountains. The menu features locally grown mushrooms and Appalachian trout along with Low-Country Boiled Peanuts plus wine from as far away as South Africa and as near by as an Ellijay vineyard.

Driving directions from Chattanooga: Take I-75 south to Prater's Mill on State Route 2 into Murray County; follow U.S. 41 into the Chattahoochee National Forest and around Chatsworth, Georgia, before climbing State Route 52 over Fort Mountain and into Ellijay. 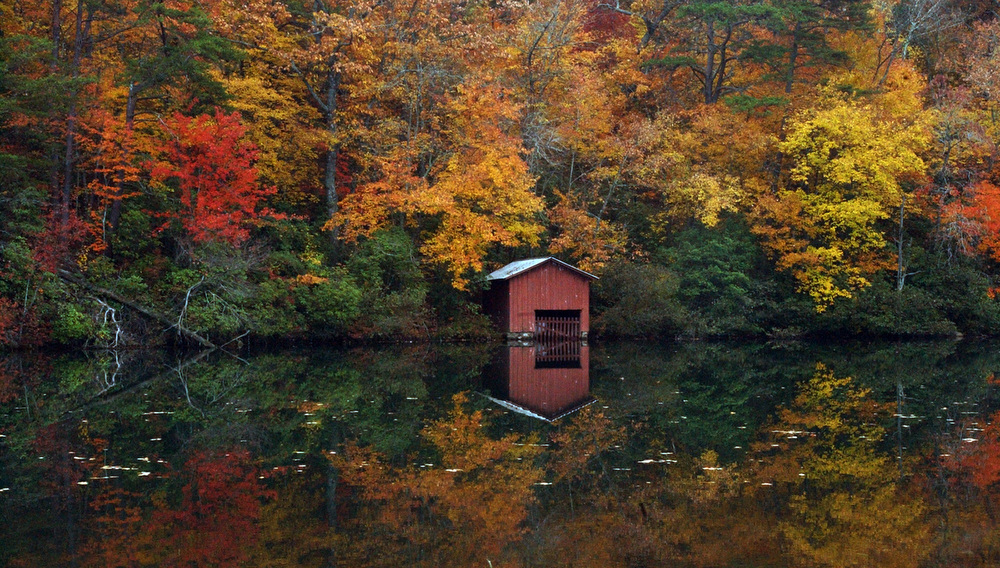 This byway winds 80 miles through Northeastern Alabama, much of it within the Talladega National Forest.

It's "one of the most beautiful drives in the state of Alabama," according to alabamabackroads.com, and it offers sublime scenery and stops at historic places.

Stop here along the way:

Little River Canyon National Preserve is one of the deepest gorges east of the Mississippi River and sometimes called the "Grand Canyon of the East." This preserve boasts forested uplands, waterfalls, canyon rims and bluffs, pools, boulders and sandstone cliffs, the National Parks Service says. It's popular for birding and biking and has 26 miles of trails and more than 20 miles of backcountry roads. Horseback riders are welcome too.

DeSoto State Park is about 5 miles off the byway but worth a stop to see the 104-foot waterfall located on the West Fork of the Little River. The park features a 1.9-mile out-and-back trail.

The Benge Route Trail of Tears historic marker notes the spot where the Cherokee leader, John Benge, led more than 1,000 Cherokee Indians out of Fort Payne, Alabama, and into the state of Oklahoma during a forced removal of Cherokee from their homeland in the 1830s.

Weiss Lake, fed by the Coosa, Little River and Chattooga rivers, has 450 miles of twisting shoreline. Locals proudly call the area the "crappie capital of the world" because the gamefish are abundant in the lake waters. Bream, bass, shad and crawfish also abound in the lake's flats, sloping points, weed beds and feeder creeks, according to the Alabama Tourism Department.

Grab a bite: Jake's on the Lake offers "BBQ, brews and views" (plus a selection of frozen cocktails) and on a lakeside deck in Centre, Alabama.

Driving directions: The byway runs south from Interstate 59 at Fort Payne over the summit of Lookout Mountain, then south to Interstate 20 at Heflin, continuing on to Cheaha Mountain (the highest point in Alabama), and its southern terminus at the Talladega Scenic Drive. 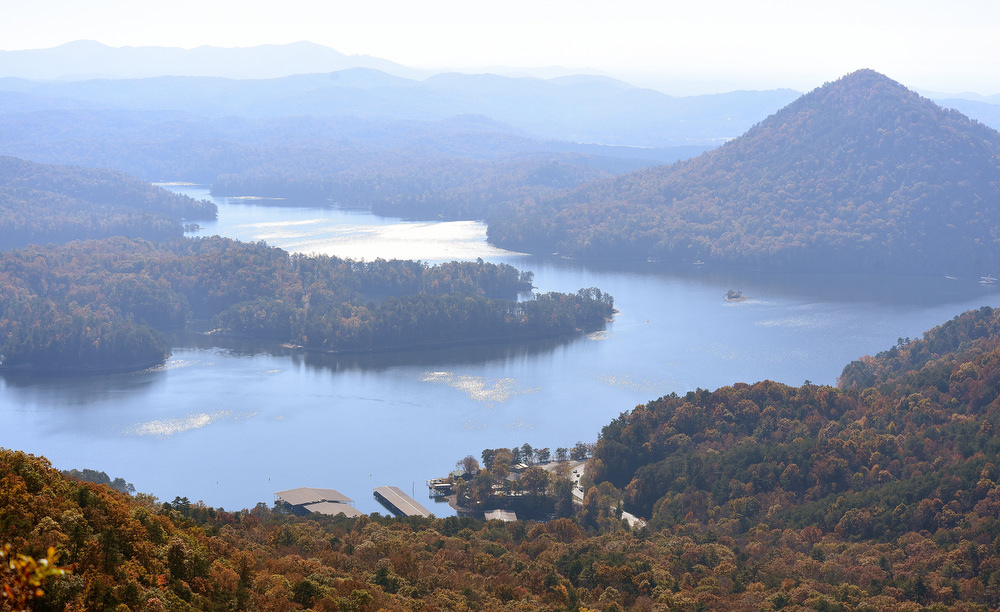 Staff Photo by Matt Hamilton / A view of Parksville Lake near the Chilhowee Recreation Area of the Cherokee National Forest.

This 26-mile byway meanders through the Cherokee National Forest along highways 64 and 74. You'll drive past the former site of the Ocoee Whitewater Center (the walking trail along the canoe slalom course built for the 1996 Atlanta Summer Olympics is a great place to stretch your legs) and be treated to views of dramatic rocky river beds and bluffs along the Ocoee River Gorge.

"Take in long-range views of the Tennessee Valley, Cumberland Mountains and into the mountains of Georgia," the U.S. Forest Service suggests. "From several overlooks you can spread a picnic or take a short hike."

Sugarloaf Mountain Park, below the lake, offers picnic spots and a model of the Olympic canoe and kayak course.

The Highway 64 portion of the byway is 19 miles and follows Old Copper Road through the gorge and then wraps alongside the shore of Lake Ocoee. The second portion of the byway takes you 7 miles along Forest Road 77 up Chilhowee Mountain. The stunning views are worth the drive.

This route was the first designated National Forest Scenic Byway in the U.S. In the 1800s, Old Copper Road was a wagon trail. It was used to haul copper from the Copper Basin to smelters in Cleveland, according to Chattanooga Times Free Press archives.

Grab a bite: Myrtle's Cafe at the entrance of the Cherokee National Forest is open for lunch and dinner Thursday-Sunday, serving up fresh deli sandwiches, soups, salads, daily specials and a number of fresh-baked desserts.

Driving directions from Chattanooga: Take exit 20 off I-75 onto the bypass for approximately 7 miles to US Highway 64 east toward Ocoee. The byway begins at the border of the Cherokee National Forest.