CHARLOTTE, N.C. (AP) — Since its first race in 1949, NASCAR has controlled the top motorsports series in the United States with an iron fist. Those who dared to challenge NASCAR leadership were almost never successful.

An attempt at driver unionization failed in 1961 when organizers Curtis Turner and Tim Flock were banned by NASCAR. The only drivers' strike in NASCAR history failed when the Professional Drivers Association boycotted the inaugural race at Talladega Superspeedway and the stock car series simply brought in replacement drivers.

NASCAR has always been firmly in charge, its punishments doled out sometimes through unannounced fines, overtly intense inspections and in other ways to make life difficult for rabble rousers in the garage.

Well, it seems that the competitors have had enough of the dictatorship.

NASCAR is facing unprecedented dissent, from drivers who are speaking freely about the safety concerns they have with the new Next Gen car and also from team owners, who essentially opened their books to reporters to argue that NASCAR's business model is broken.

To be sure, it was a calculated move by the owners, who were unsatisfied with NASCAR's counteroffer to a proposed revenue sharing redistribution plan, but going public was a stunning move.

A 75-minute safety briefing Saturday at Charlotte Motor Speedway descended into an “airing of grievances,” according to some drivers, as NASCAR struggled to complete its presentation. NASCAR has promised to address the safety concerns that have sidelined both Alex Bowman and Kurt Busch with concussions, though not until next season.

Joey Logano said the safety briefing was long overdue: "That meeting should have happened Monday after Kurt’s crash (in July), not waiting until Alex had his crash to at least hear us out.”

NASCAR President Steve Phelps has acknowledged communication has been poor, even as the drivers and team owners have individually assembled their own councils to work with the sanctioning body. He agreed the meeting was overdue and he's hoping to implement them weekly going forward.

“We want to hear what they have to say. We care about what they say, and we’re going to continue to iterate on the car to make it safer,” Phelps said on NBC Sports. “Safety is the single most important thing for NASCAR.”

Either way, the attempts by drivers and teams to wrest some of the power away from NASCAR has reached an extraordinary level. The timing couldn't be worse, either: There are four races remaining to crown the next Cup Series champion Stewart-Haas Racing is under investigation for potential race manipulation, and three full time Cup drivers missed the race at Charlotte with injuries suffered in the Next Gen. It's been decades since multiple drivers have missed the same race.

All of this has overshadowed the fact that the actual racing that has produced 21 different winners this season (including Ryan Blaney and Brad Keselowski in non-points events).

“It's probably frustrating for the sanctioning body for sure,” said three-time Daytona 500 winner Denny Hamlin, who co-owns 23XI Racing with Michael Jordan. It is Jordan's longtime business manager, Curtis Polk, who is leading the teams in their bid to restructure the revenue model.

“They had some good momentum earlier in the year, but now everything is kind of caving in on them from every side,” Hamlin said. “Listen, media is a powerful tool. I believe (NASCAR) is heavily influenced by it and sometimes you can use that for good. If it helps us advance safety in a more urgent fashion, that's a good thing. If it helps get the team owners in a better place with NASCAR, then so be it as well.”

Jeff Gordon, the retired four-time champion who is now vice chairman of Hendrick Motorsports, is part of the owners' committee battling NASCAR on revenue sharing. It was Gordon who helped push NASCAR beyond its Southern roots and into mainstream national marketing plans, and he's likely going to represent NASCAR when it takes its Next Gen car to the 24 Hours of Le Mans next year.

When the team principals were asked if they were worried the relationship with NASCAR might grow contentious, it was Gordon who spoke after a long pause.

“It could be a part of the process, you know?” Gordon said. 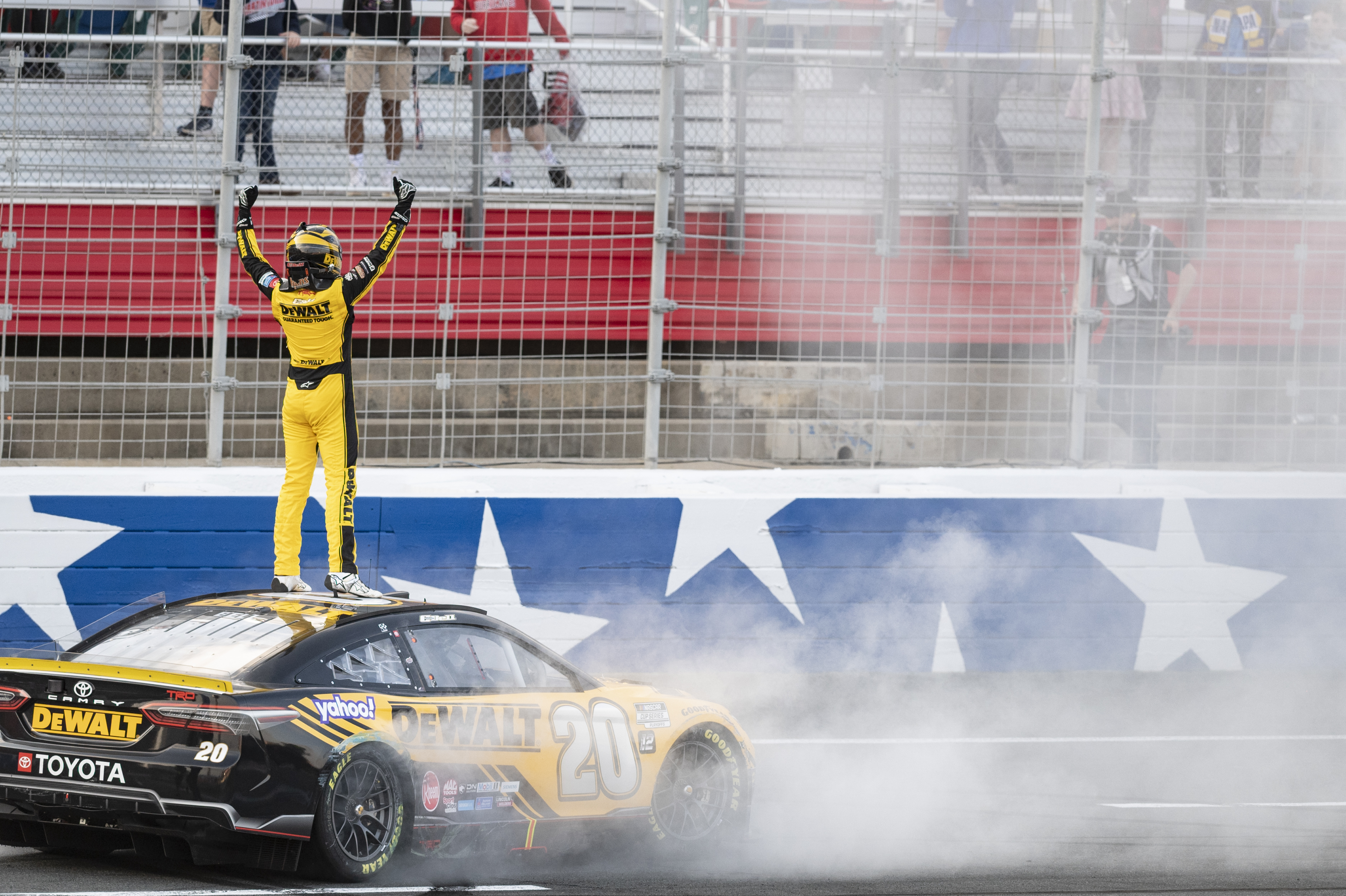 Perhaps NASCAR will strongarm its “members” back into quiet compliance. NASCAR is, after all, a privately owned company founded in 1948 by the France family that to this day not only runs the series but controls 11 tracks on the 2023 Cup Series schedule. The tracks, by the way, receive 65% of the $8.2 billion television deal that expires at the end of the 2024 season. NASCAR — so the France family — receives 10% of the package; teams get 25% of the pie.

The television package expires at the same time as the current charters, which began in 2016 in an attempt to create something close to a franchise model. As NASCAR negotiates a new media rights deal, the teams want an improved charter agreement. NASCAR, of course, could choose to just eliminate the charters altogether, because NASCAR ultimately makes all the rules.

Gibbs tried to walk a fine-line on the revenue topic, even though JGR will lose two-time Cup champion Kyle Busch at the end of this season because after 15 years with the team, sponsorship could not be secured for Toyota's winningest driver.

“The ownership of the race teams are trying to look for a better way forward financially,” Gibbs said. “There comes a point where it’s negotiating and working together, solving the problems. At some point you generally always reach a conclusion.”

But can a solution be found? Alpern had said he feared the day the 81-year-old team owner wasn't the main attraction in the sales meetings that keep JGR afloat.

“I think there can be common sense on both sides and a path forward financially,” Gibbs said. “I think that definitely is something that we can do. I think it’s people that really care, they care about the sport. So hopefully both sides will go after it and talk our way through this and work our way through it.”

If nothing else, the stars who make NASCAR go round and round for 38 weekends every year have at last found their voice and appear unafraid to speak out. Whether NASCAR truly wants to join that conversation or close its iron fist again is anyone’s guess. 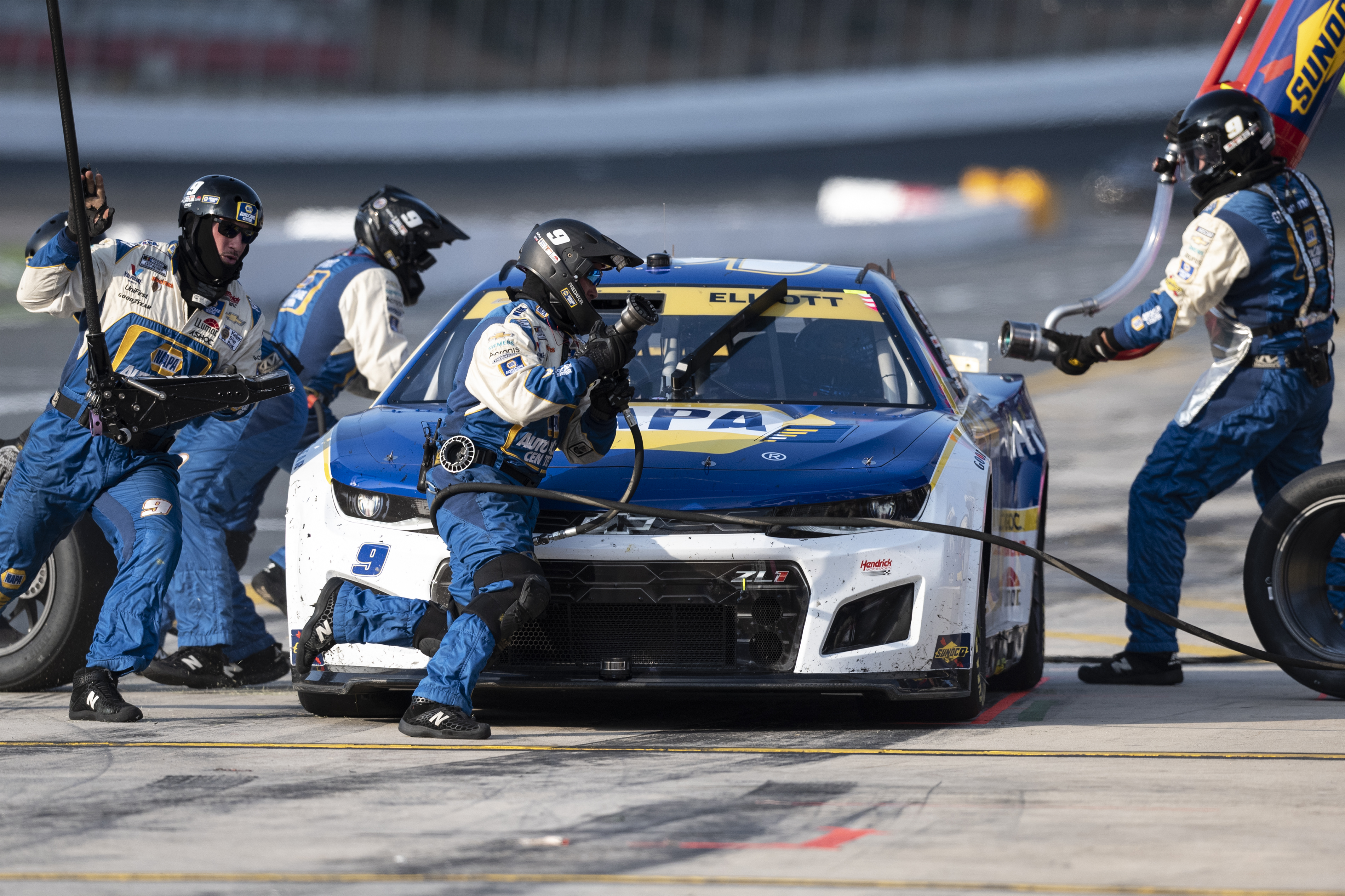