Hamilton County Mayor Weston Wamp elaborated Monday on his decision to fire County Attorney Rheubin Taylor, stating that Taylor was the only department head his transition team recommended he change as Wamp prepared to take office.

"As is the tradition in every county in Tennessee it seems except ours, everybody looks to the county mayor to see who the county attorney is going to be," Wamp said Monday in a phone call with the Chattanooga Times Free Press, "and in this county we have an entrenched county attorney who wields an enormous amount of influence over the commissioners, which is a highly unusual situation."

The mayor's office announced last week that it was removing Taylor from that position effective immediately. Taylor has served as county attorney for almost three decades.

According to a news release from his office Friday, Wamp made that decision because of private legal work Taylor conducted during business hours, breach of attorney-client privilege with the mayor's office and previous admissions that Taylor's office had destroyed documents related to open records requests.

The mayor said Monday that it's not a well-kept secret that Taylor maintained a sizeable book of private clients while working as county attorney, which Wamp said included taking referrals from within the courthouse where he worked full-time.

"That is highly inappropriate," Wamp said. "I promised taxpayers that I would be a good steward. I promised that I would bring new transparency and accountability into government, and often change is hard." 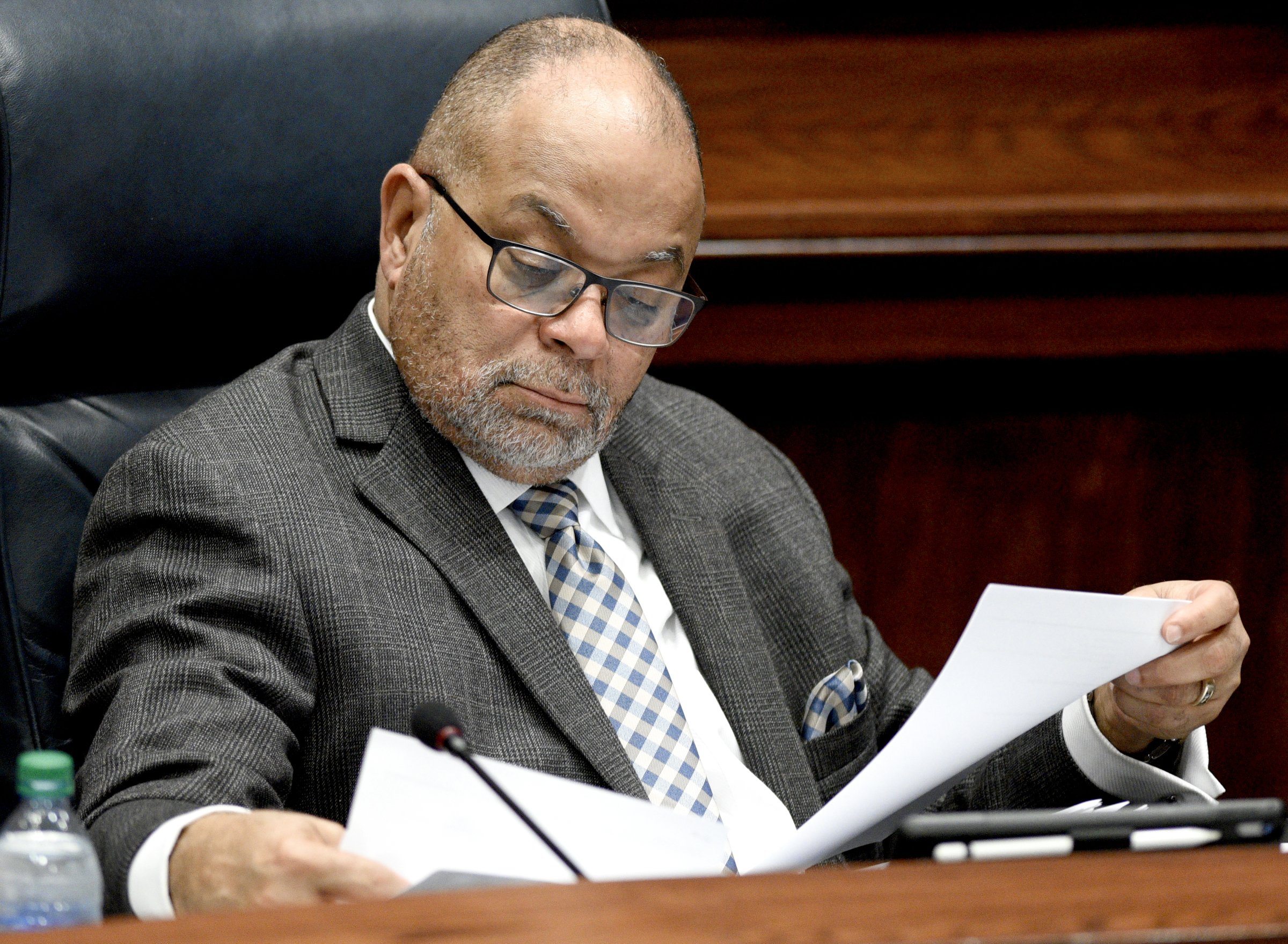 Wamp said he and his team sat down with Taylor on Sept. 8 to tell him about their intention to hire a new county attorney. They offered him the opportunity to set the terms of his retirement. Details of that conversation and others involving Taylor, however, ultimately leaked to the media and others, he said.

Three Hamilton County commissioners told the Times Free Press on Monday that they did not know ahead of time that Wamp intended to fire Taylor on Friday, but Wamp said members of the panel were at least aware that he wanted to appoint someone else to the position.

"We were very clear to him that I intended to appoint a new county attorney," Wamp said about the Sept. 8 meeting with Taylor. "He subsequently spoke to seven commissioners. ... I spoke the day following to five different commissioners myself, and I'm almost certain our overlap covered all 11 commissioners."

Wamp said his office opted to pursue outside legal advice to verify that the mayor could fire Taylor on his own.

Both Dwight Tarwater, a Knoxville attorney who previously worked as counsel to Gov. Bill Haslam, and the County Technical Assistance Service -- a University of Tennessee agency that advises local governments -- offered opinions stating that Wamp likely has that power, pointing out that Taylor's contract was entered into before the new mayor and County Commission took office Sept. 1.

"I don't do things in a hurry," Wamp said. "I thought long and hard about what we were doing and got to a point where we felt like we needed to make a decision -- in part because it is very important to the day-to-day operations of Hamilton County government that the county mayor and county attorney work closely together."

Commissioners may end up seeking their own legal opinion on the issue. Chairman Chip Baker, R-Signal Mountain, said the panel will decide during its regular meeting this Wednesday whether to hire a local attorney, John Konvalinka, to assess whether the mayor can make that decision without input from the County Commission. The cost would be up to $10,000.

"Unfortunately, we have to spend money to deal with something that could have been, in my opinion, more cut-and-dry," Baker said in a phone call.

Heather Duncan, a field consultant with the County Technical Assistance Service, reiterated Monday that Wamp has the authority to make that decision.

"The thought is the county attorney position is a mayor appointment," she said in a phone call.

Taylor was appointed by Coppinger, Duncan noted, and the timing of his contract should have coincided with the end of the previous mayor's term. Most political appointments, she said, are for the term of the official making them.

Noting that the county attorney splits time between serving the mayor and the County Commission, Commissioner Jeff Eversole, R-Ooltewah, said Monday that he was a little shocked that there wasn't more communication about the decision to fire Taylor.

Eversole said he didn't receive the legal opinions from Tarwater or the County Technical Assistance Service until after the announcement Friday.

"I think there probably should've been some dialogue between the mayor and the County Commission about what the agenda was moving forward with the Hamilton County attorney's position," Eversole said in a phone call.

As the county prepares to fill that position, Eversole said he hopes the mayor's office doesn't just present one or two candidates to the commission for consideration. It should be a cooperative process.

"I hope that we're involved with the vetting process as well ... because the county attorney does work with the commission as equally as it does the county mayor," he said.

Commissioner Steve Highlander, R-Ooltewah, said in a phone call that he did not know about Wamp's decision ahead of time, but Highlander added that he would prefer to receive more information before commenting on whether it was right or wrong.

Commissioner Lee Helton, R-East Brainerd, said there had been some limited discussion about Taylor's fate closer to the beginning of the commission's term in early September. He confirmed by phone that he didn't know about Wamp's plans to fire Taylor on Friday. 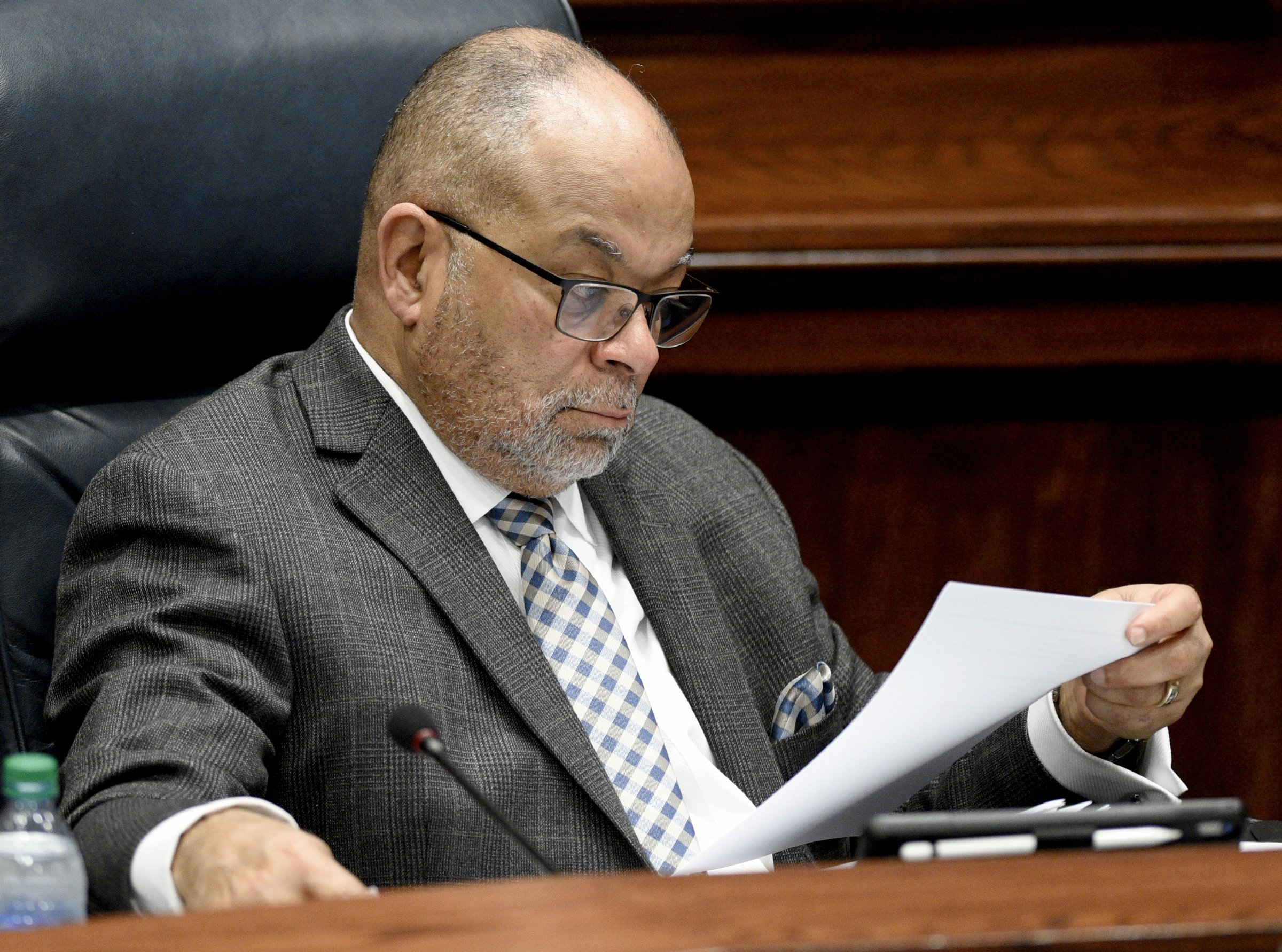