As claims of voter fraud continue to circulate among supporters of former President Donald Trump, Hamilton County hasn't been immune to a swell of open records requests that have inundated election offices across the United States.

Officials with the Hamilton County Election Commission estimate they've so far fielded more than 100 requests this year. That's more than the approximately 25 open records requests that the office will receive in a normal calendar year, an uptick that started after the November 2020 presidential election and has peaked in 2022.

Trump lost his re-election effort election by 7 million votes, but he began laying the groundwork for claims of election fraud even before Election Day. His claims were rejected by the states, the courts, the Electoral College, his own administration and eventually Congress -- which was subjected to a mob of angry Trump supporters on Jan. 6, 2021, as members set out to certify the results.

Trump's claims have reverberated among his followers, leading to a series of records requests this year in an effort to challenge voter eligibility even in places where Trump won and presidential election results have not been an issue.

Hamilton County Election Administrator Scott Allen said the upswing has been disruptive, and although it hasn't impacted operations, it can be time-consuming as staff gear up for the November 2022 general election.

"A staff member has to take time to respond to these, to gather documents, to coordinate over email with individuals," Allen said in a phone interview, "so it definitely takes time when we don't have a dedicated staff member ... that that's their only job."

Groups on social media appear to be encouraging the recent influx in records requests, Allen said, many of which have had the same copy-and-pasted language. 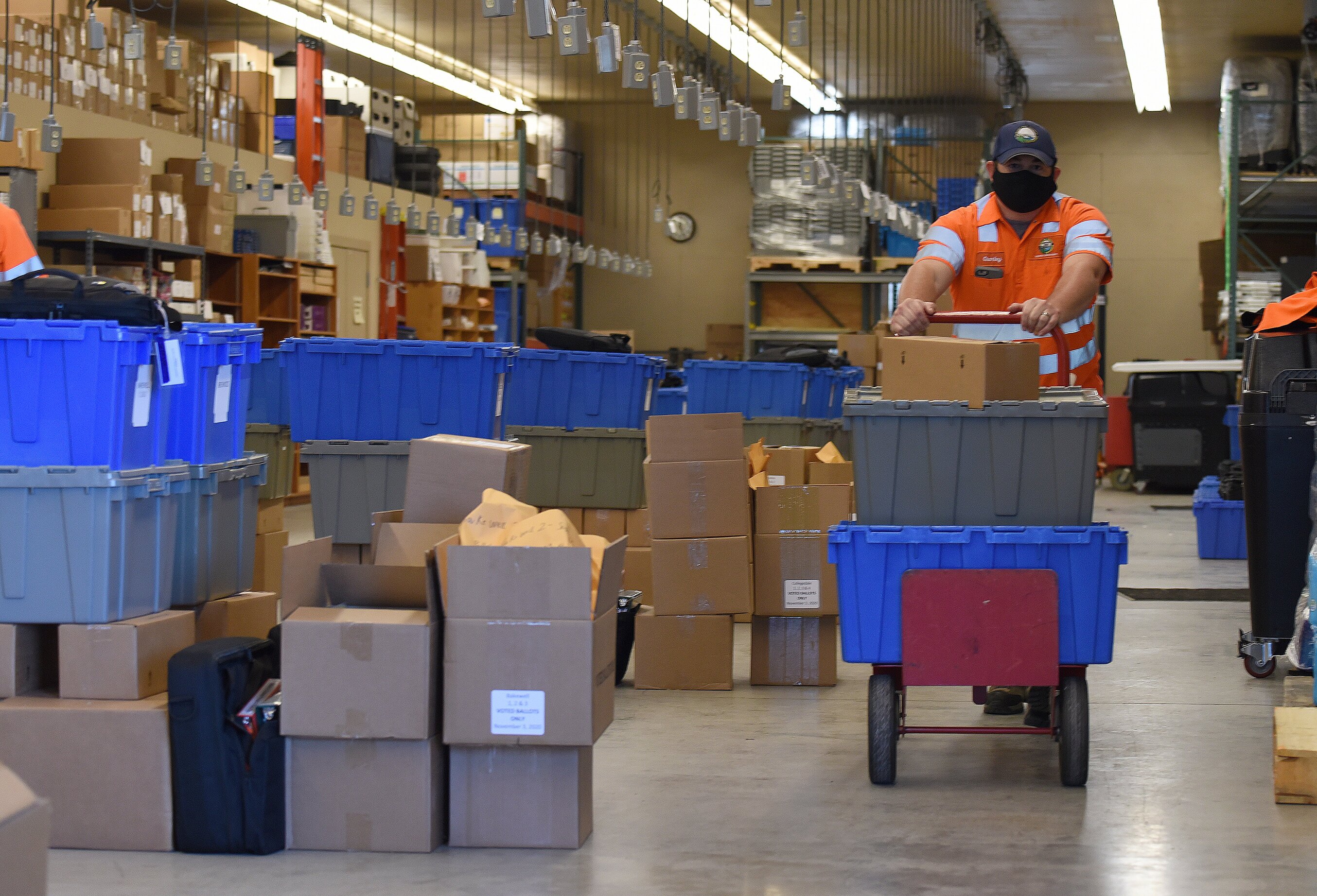 Staff Photo by Matt Hamilton / Charley Bailey with the Hamilton County Highway Department pushes a trolley with election materials for the November 2020 election. Records requests are still being filed almost two years later with the idea of scrutinizing the election.

Recently, requesters have been asking for "cast vote records" for the November 2020 election, which Allen said is basically a report that shows the time each ballot was cast on Election Day and who it was for. MyPillow CEO Mike Lindell, a vocal Trump supporter, urged his followers to obtain copies of those records from every election office in the country during a gathering in Springfield, Missouri, in mid-August, according to The Washington Post.

"Citizens have been wanting to conduct essentially their own so-called forensic audit of the elections," Allen said.

Allen said people have requested the office's router logs; voting machine manuals, which show how to take apart and service devices; and security footage from recent elections, which the office only maintains for a certain number of days.

Election offices must retain records from federal elections for 22 months before they can be destroyed, and Allen said requests for the office's cast vote records in particular spiked in the period leading up to that deadline for the November 2020 election. Some of those requests came from out of state but were denied because state law requires Tennessee residency to request public records.

"We were not just sitting around with burn barrels waiting to burn these documents the day after," Allen noted. "We don't have anything to hide."

The Hamilton County Election Commission isn't the only office in Tennessee facing a sudden increase in requests. Nate Foster, Hamilton County's assistant administrator of elections, said he's talked to peers from other large counties in the state, such as Williamson County, that are experiencing the same upswing.

The Tennessee secretary of state's office has also witnessed an uptick.

"This is by far the most public records requests we have received since Secretary (Tre) Hargett took office in 2009," spokeswoman Julia Bruck said in an email Thursday. "We continue to answer questions regarding the 2020 election while we are in the midst of running the 2022 election."

To his knowledge, Hamilton County is the only election office in Tennessee that continues to use machines from Dominion Voting Systems, Allen said. That has resulted in added skepticism from those concerned about election security.

The Hamilton County Election Commission has received a subpoena from Lindell that's part of an ongoing defamation lawsuit that Dominion has filed against the pillow magnate. Allen said Hamilton County is not the only office that has been subpoenaed.

Allen said the subpoena asks the office to retain all documents related to the November 2020 election and make forensic images of all its voting machine memory cards, computers and server hard drives.

"It was probably the biggest subpoena that we've ever received in terms of demands that were on there," he said.

The Election Commission's attorneys are objecting to most of the demands, Allen said, and Dominion Voting Systems is also protesting the broad reach of the subpoenas.

Trump won Tennessee with 60.7% of the vote in November 2020 and won Hamilton County with 53.6%, receiving more votes than any other Republican candidate in the county's history, Allen said. The state is a far cry from close battlegrounds like Georgia or Arizona that proved consequential during the election. 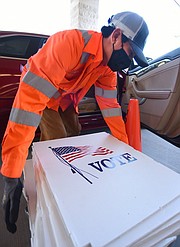 The Hamilton County Election Commission has received a surge of records requests related to the 2020 election.

Allen said the Hamilton County Election Commission goes above and beyond to ensure elections are secure.

"We are well aware that computers are not perfect," he said. "The key to making sure that issues are caught is by having good compensating controls put in place where you don't have to trust the machines."

Among other precautions, Allen said, officials always test the machines in the presence of Democrats and Republicans to ensure there's no foul play. They also complete post-election audits and never connect the machines to the internet. Additionally, the county has a third-party auditing firm that oversees all testing and is present on election night to verify that no one has tampered with the machines.

"There's a lot of different things that we've put in place here to try to mitigate those risks," Allen said.