Three years after building one of the largest apartment complexes in Hixson, an Atlanta real estate and development company has begun work on an even bigger apartment complex near Hamilton Place mall in East Brainerd.

The Novare Group and its longtime joint-venture partner BCDC have begun work on a 344-unit, garden-style apartment community on 15 acres along Gunbarrel Road next to the Village at Waterside shopping center near Interstate 75 and Shallowford Road. Known as the Populus Waterside, the four-story apartment complex will include private garages, a co-working lounge and fitness center and a resort-style pool, among other amenities.

The new apartments are scheduled to be built and open in 2024 and will be similar to the 250-unit Lulwater at Big Ridge, which the Novare Group opened in late 2019 in Middle Valley. The apartment community will offer controlled-access buildings and will also include outdoor grilling stations, a dog park, a yoga room and outdoor entertainment areas.

"Populus Waterside represents our ongoing belief in Chattanooga, which is a dynamic, growing city driven by the health care, automotive industries and advanced manufacturing," Jim Borders, president and CEO of the Novare Group, said in an announcement of the new project taking shape in the 2500 block of Gunbarrel Road. "We are pleased to be underway with our partners BCDC and look forward to delivering a market-leading community next year."

Borders said Populus at Waterside will feature a mix of two-story carriage houses and three-story, 3/4 split and four-story apartment buildings.

Novarre officials declined to discuss the estimated investment in the new complex. The real estate partnership formed to own the site, Gunbarrel Apartment Residences LLC, paid $7.5 million last year to acquire the 15-acre wooded site only a couple of miles north of Hamilton Place, according to Hamilton County property deeds. 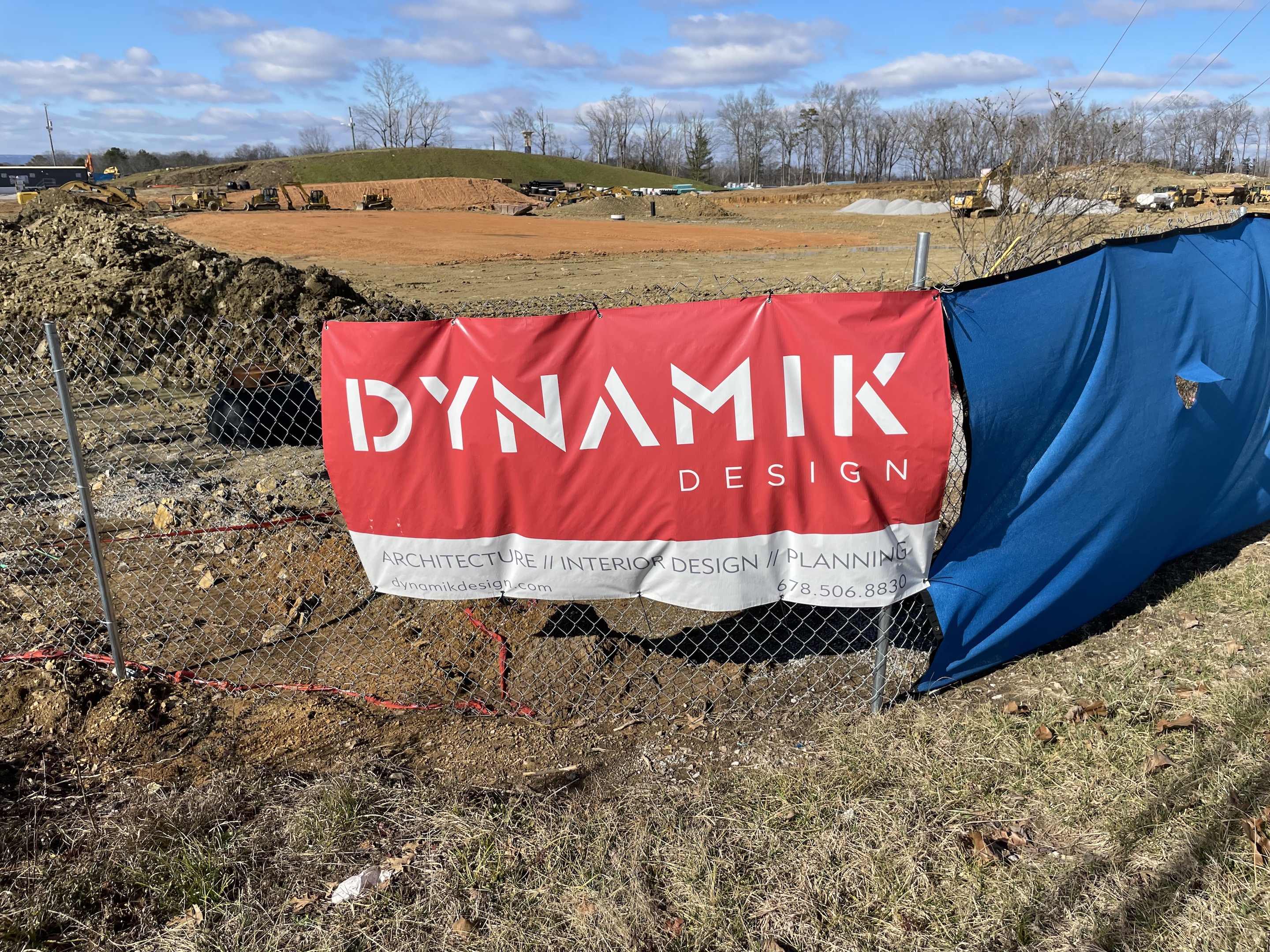 Staff Photo by Dave Flessner / Dynamik Design, the architectural firm designing a 344-unit apartment complex in East Brainerd, displays their sign on the 15-acre Gunbarrel Road site of the development.

PROJECT AT A GLANCE

Location: On 15 acres in the 2500 block of Gunbarrel Road near the Waterside shopping center

Developers: Batson-Cook Development Co. and the Novare Group, based in Atlanta

Schedule: Site work is underway and the project is likely to open in 2024

The former owners of the property, Napier Associates, gained approval last August from the Chattanooga-Hamilton County Regional Planning Commission for a sewer right of way to accommodate the development of the largely vacant site for what developers said at the time would be a multifamily housing project. Access to the property will include an entrance through Elam Lane off of the Waterside shopping center.

Borders said that Gunbarrel Road is Chattanooga's dominant retail corridor, and the apartments will be built near the Publix supermarket and other retail stores and hotels in the Village at Waterside.

"Populus Waterside's strategic location at the north end of the area will allow residents unrivaled access to the highest concentration of premium retailers in a location removed from the core retail congestion," he said.

Litt Glover, president and CEO of BCDC, also headquartered in Atlanta, said the Novare Group "has a proven track record of creating great suburban spaces where people want to live." The Novare Group has overseen over $3.5 billion of real estate development and investment since its founding by Jim Borders in 1992.

"BCDC is thrilled to join them in developing Populus Waterside," Glover said in a statement. "This is a great site in a thriving commercial area and a great use, giving residents an opportunity to live in close to jobs and commerce."

As of 2022, Novare Group and BCDC had partnered on more than three dozen multifamily developments in the Southeast, Texas and Colorado. 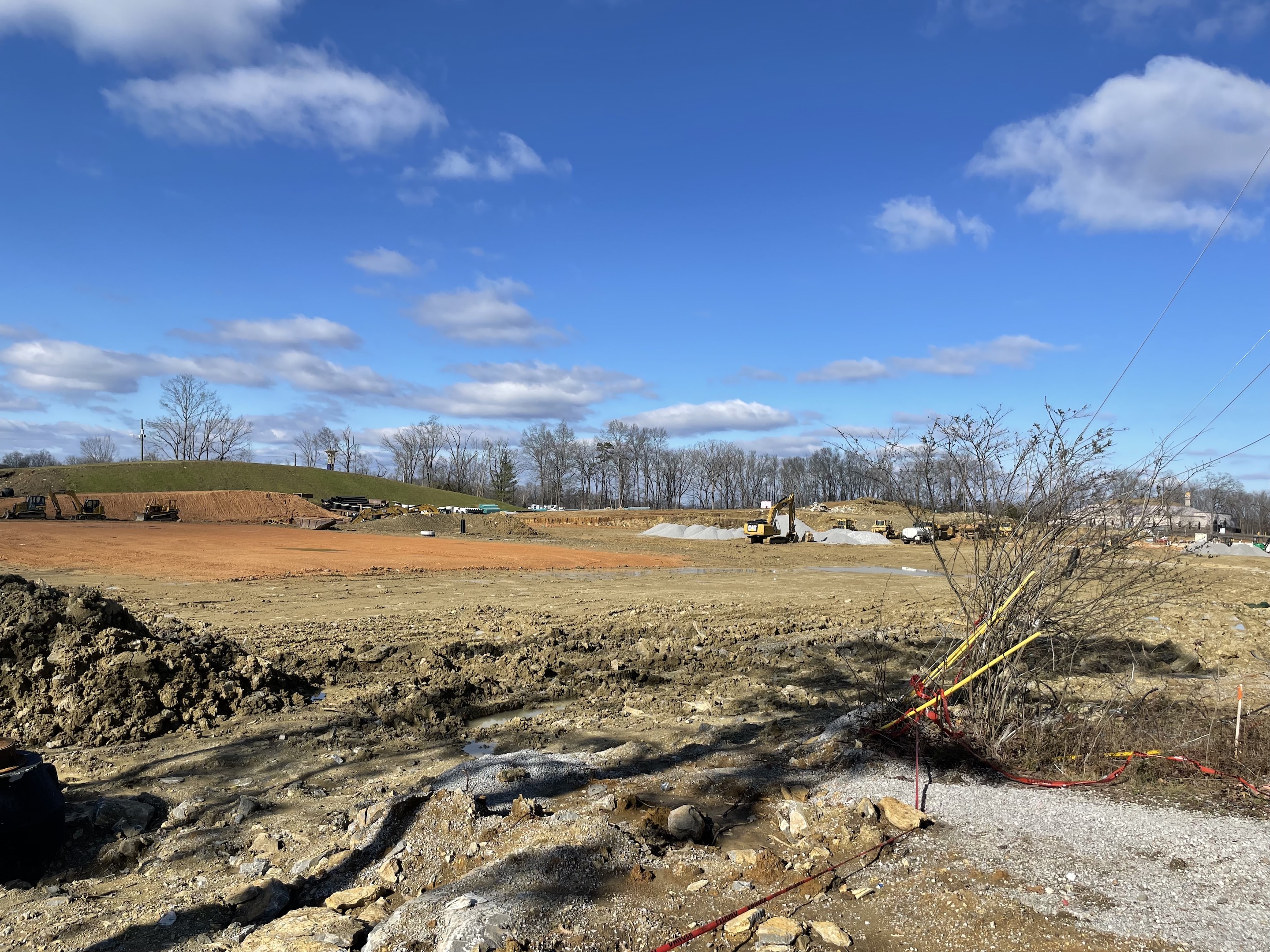 Staff Photo by Dave Flessner / Land is being cleared at 2511 Gunbarrel Road for a 344-unit apartment complex being developed by the Novare Group, based in Atlanta.
Advertisement
Advertisement