There's an empty seat in the workshop on Gordon Lake this year, but thanks to the efforts of Mary "Mrs. Claus" Anderson, her husband's memory and legacy with the Al Millard Memorial Stocking Full of Love charity in Walker County will continue.

With help from social media and the Walker County Sheriff's Office, Anderson set up a fundraiser where families could come and take photos in Santa's workshop at her Gordon Lake home. Three local Santas offered their services as well, and families could choose from seven different backdrops and scenes. The October weekend event brought in $4,000 for Stocking Full of Love, according to a news release.

"When you lose your spouse, life is just not the same anymore," Anderson said. "We were more in love the day he passed away than the day we got married, and continuing on with Santa's work is something I know he loved so much. I want to do as much as I can to help as many children as possible."

Mary Anderson said she and her late husband, Mike, who passed away in 2021 from COVID-19 complications, got into the world of Santa by a chance meeting with another Santa at their local Walmart.

"My husband really looked just like Santa," she said in an interview with the Chattanooga Times Free Press. "In fact, I don't think I ever saw him without a beard in our 43 years of marriage."

She said they were doing their shopping one day when the store's local Santa asked if Mike worked as Santa at any events.

"We answered no, and he encouraged us to attend a local Santa meeting," Anderson said. "We did, and that was it. Mike just fell in love with being Santa, and we started doing everything we could."

The couple converted their home's detached garage into Santa's workshop, complete with workbenches that were formerly Mike's woodworking stations, Santa's bags filled with letters, Mrs. Claus' kitchen with a real wood-burning stove, a play area for children who came to visit and even a sleigh led by giant toy reindeer. 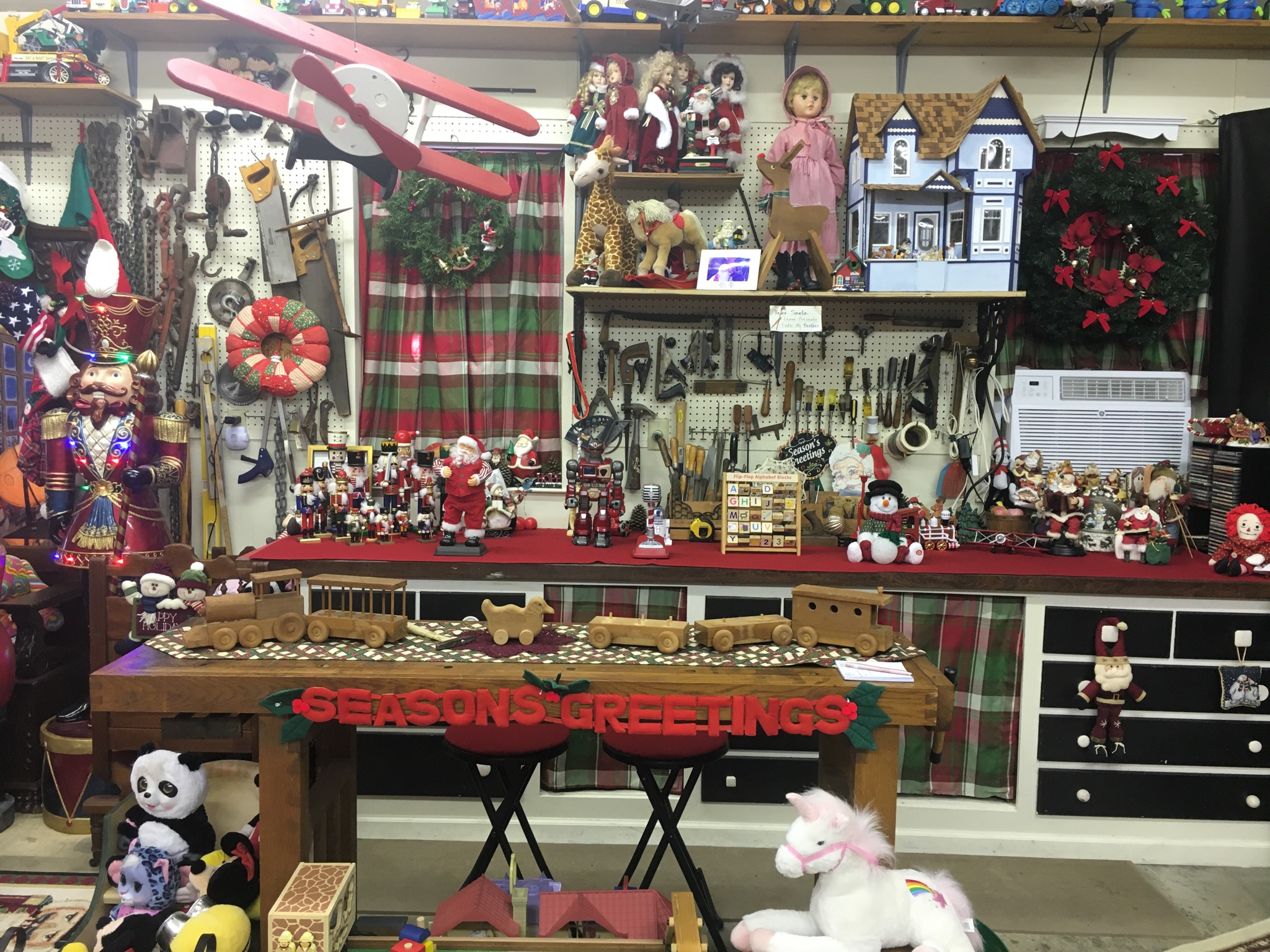 Staff Photo by Brandi Dixon / Santa's workshop, pictured on Nov. 3, is one of seven scenes/areas that families can visit at Mary Anderson's workshop in her Gordon Pond home in Walker County.

"He made all of our clothes and his own suits and bags," Anderson said.

The duo did everything from photography workshops and visits at their home to local charity events, and Stocking Full of Love was one that Mary said her husband adored more than anything.

"The toy store they set up for the parents is the most amazing thing I've ever seen," she said. "Just rows and rows of tables across an entire gymnasium for parents to come and shop. It's truly heartwarming."

Founded in memory of the late Sheriff Al Millard in Walker County, the Stocking Full of Love works to ensure every child in Walker County receives a gift on Christmas, Sheriff Steve Wilson said. Families in need can sign up for assistance and learn more at bit.ly/WalkCoStock.

"Santa Mike and Mary Claus have attended our Stocking Full of Love toy store on many occasions since they started their Santa Mary Claus adventures in 2014," Wilson said in an email. "Of all the Christmas charity events, Mary Claus stated this one was his favorite."

Anderson said it broke her heart to lose her Santa last year, but she knew he would want their work and mission for the Stocking Full of Love and his love for all local children to go on.

"I wanted to honor my Santa, and what would be a better way than our charity of choice," she said.

Anderson said she's making the photo workshop fundraiser an annual event and already has it on the calendar for the first weekend in November next year. And as for Mrs. Claus, she said she's already been invited to be the grand marshal in the LaFayette Christmas parade and will be participating in the city of Chickamauga's Christmas parade this year as well. 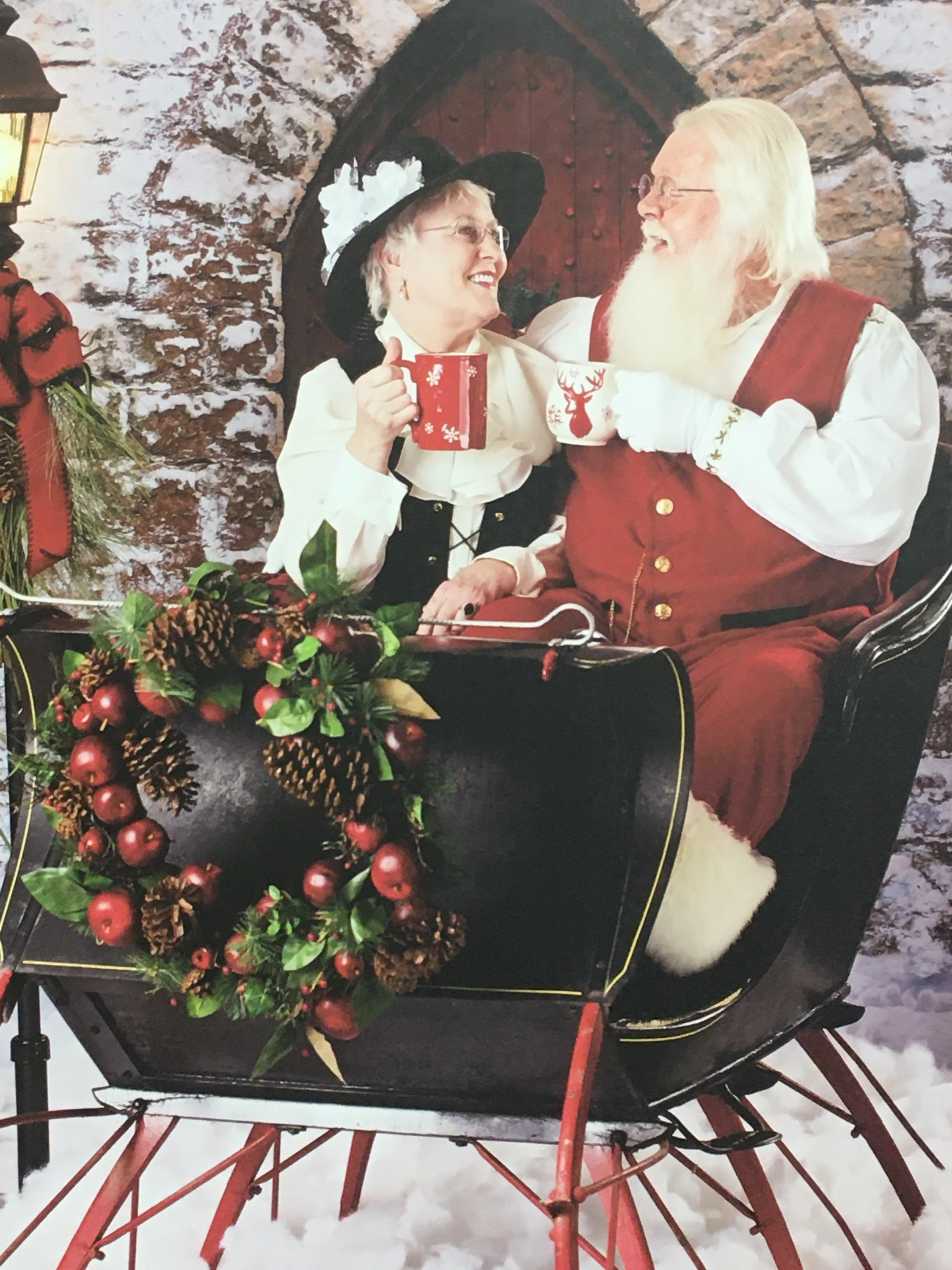